The most beautiful person that was created was, of course, the woman!!! The strength and substance we have to endure are one to be admired by many!!! The true fight of life all starts with us.  Sisters from so many different misters are just the tip of the iceberg when describing our ability to become a unit.  But that is just it, we can’t seem to get along long enough to be that strong unit necessary to conquer the universe!! hahaha!!

You see, we get into so many unnecessary riffs, beef, misunderstanding, or just plain ole’ dislikes all because of how a sister looks, acts, or simply displays confidence. We are in competition with each other for no apparent reason.  We fight over men, jobs, friendships, makeup, clothes, gossip, and anything that doesn’t serve towards our growth and empowerment as sisters.  As women, we can do so many things if we could just get along.  Even at the workplace, women have a hard time getting along. Geesh, stop being so damn catty for once!!! We would hate to see our sister win when it deals with the workplace just because we didn’t get the position. Congratulate her and get out your feelings hahaha!!!

Photo by Christina Morillo on Pexels.com 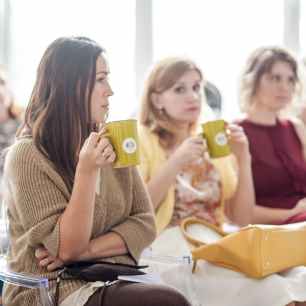 Photo by Daria Shevtsova on Pexels.com

Let’s start with the issue we have when it deals with men. Ladies, why must we continue to go against each other when it deals with a man?  Yes, I am speaking in general because even the best man to one can be a great man to another woman. Do you understand what I am saying?  Too many times we allow the man to get off easy and hate the woman who may or may not have known the true situation. We will be ready to go to war with the woman.  We will compete with one another so hard just to win over the no good bastard.  We will ultimately lose ourselves in the fight.

I can admit that I was once that person that could not lose to another woman even when I knew the consequences of my actions. The more I allowed him to get away with his part; the more I would despise my sister.  I would put most of the blame on her instead of distributing the blame equally amongst the two cheaters.  Hindsight twenty-twenty, I should have just walked away from the unnecessary stress at that very moment.  I should have allowed my sister to have him and dismiss myself from the situation altogether without any ill-feelings.

What about the other side of the coin? The woman who knows about her sister-girl and continues to stay in a relationship with the man whether he is married or not?  How can we really justify this? Unless there is a clear understanding of an open relationship, how can we continue to make this okay when it is a secret or deceit?  Would you really want a relationship with a man that has someone else who is totally unaware of your presence? Have you ever put yourself in that woman’s shoes? How would you feel?  Hey, I’m no innocent bystander.  I have been guilty as charged!!! I would rationalize my relationship to the fact that they weren’t married; therefore it didn’t matter. How about the infamous excuse that most men would use, “we just live together and sleeping in separate rooms” hahaha!!! BULLSHIT!!! In reality, it did matter because I was hurting my sister-girl in the process whether she was aware of it or not.  I was allowing a man to break the unspoken sister-code and alliance we have together.   I chose to satisfy my cravings instead of showing empathy for my sister.

Let’s talk about how we just don’t like “her”.  There isn’t any reason or rationale for it.  We would not like another woman because of gossip, opinions, and our own insecurities.  Admit it. She walks into the room all confident and cute, and guess what? Yep, you don’t like how she came in the room hahaha!!! She thinks she is cute and somehow it bothers you. 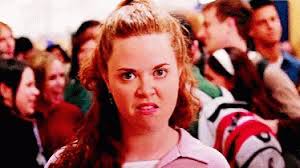 But doesn’t she supposed to feel cute and love herself? How about that rumor you know isn’t true but you want to believe it because you JUST DON’T LIKE HER!!!! You would prefer to believe what you heard and based your decision on that.  What about when another person or especially our male counterpart throw salt in the game because he/she wants you to dislike that person for their own personal reason? Hell Naw, I ain’t going for that. Why not take the time to get to know a sister personally? You never know; you may love her spirit and personality.

Stop turning your nose and back on each other and embrace the fact that there will ALWAYS be someone better, prettier, smarter, richer, and classier than you!!! Stop walking around with a chip on your shoulder and bringing down another sister. Stop trying to block another sister’s blessing because you have your own insecurities to work through.  Instead of hurting one another; why not try to uplift another sister? Be a little kinder to a sister when she’s in your presence. Stop trying to sabotage what is meant for another sister. Let another sister know when things are wrong or not right without any ill-intent behind it.  Try to keep your sister’s out of harm’s way when you can.  If you see she has lipstick on her teeth or a tag hanging out her shirt; let her know instead of watching her walk away.  If you see danger ahead, warn her. After all, we should all be our sister’s keeper.