At my age, I have become accustomed to letting go without hatred. Remember I was bitter in my twenties and was headstrong.  Now I am slowing down and analyzing things more than ever.  My mom shared with me recently that she was very hurt and upset with me for not sharing the entire details of what really happened to me when I was in my last relationship.  She stated that she wished I would have told her and my father because I would not have been alone during the process.  She also stated that she is so angry at not only me but herself because she knew something was wrong during that time because I was a totally different person and short with her.  She also stated that she recalls seeing the bruises and marks; and remembering me making up a lie to protect someone who did that to me. She also shared that she has been re-enacting the phone call that she and I had when I was being abused and held hostage, and she has been beating herself up about it. She didn’t understand how I could allow all of what went on without involving her and my father.  I was taken aback by her coming clean to me concerning her emotions and feelings.  All I could say to her was “please forgive me”.  That wasn’t enough for her.  She wanted an explanation of why; therefore I decided to be honest with her.  I told her that at the time I wasn’t thinking about myself; I was thinking about protecting him, my family and their feelings.  I didn’t want to disappoint them or to prove her right once again. I didn’t want to hurt them AGAIN for another bad decision.  I thought I could fix it. She sat beside me on my bed before she left to go back home and said to me,

“I hear you, but it is going to take me some time to get over this. I know it happened years ago, but you were still involved with him thereafter. I wish I could have done something to protect you. If I had known this sooner; I would have told you not to drive back to Richmond and see him at the hospital. I hate him for what he did to you. I hate that the family treated you that way. I hate that someone who was supposed to be my friend treated you the way she did. And to know what she said about us hurts even more. I was still around her not knowing what happened.  Do you know how that makes me feel? You don’t know how that phone call replays in my mind and how my intuition told me you were not okay.  You went to court by yourself!!!! You didn’t want our help or protection.  You didn’t allow us to do so; therefore I am mad at you right now”.

Again, all I could say to her was, “please forgive me and it will never happen again”. To see the hurt on my mom’s face when I assumed everything was okay was enough for me to know I can never do that to her again. My mom forgave me of course, but I have to give her time to process everything on her watch. I knew writing this blog would stir up emotions within my family. I also knew that she would be hurt, but I didn’t think she would be hurt this long. I felt like a little girl, and all I wanted was to give her a big hug and a kiss to make it all better.

That instance made me wonder about the word and act of forgiveness. I so deeply wanted my family to forgive me for the role I played in making bad decisions, disappointing them, and not being honest by keeping secrets. My apology wasn’t enough; therefore I asked for forgiveness. When I asked for forgiveness; I knew that I would not purposely hurt her or my family again in the manner that I did. I made a conscious decision to put my children’s feelings first before deciding to get into another relationship. I also decided to mend the relationship my mother and I have concerning the communication level between her and me. I vowed from this day forward I will tell her everything that is necessary to open up a dialogue that would make her feel at ease from now on. I don’t want her, my father, or my family to worry about me any longer when it concerns my safety and relationships.

You see when you ask for forgiveness; it has to be from the heart.  You must make a conscious effort to never hurt someone again in that manner. Could I forgive someone who harmed my own flesh and blood in a manner that causes them to lose their life or well-being? Maybe if it was an accident; but other than that probably not. Could I forgive someone who purposely physically harm my flesh and blood? Probably not. I can, however, forgive someone who learns the error of their ways and goes through the process to make it right no matter what the cost is. I had a friend that was murdered years ago and I have not forgiven the killer simply because he has always exhibited the behavior of being violent to others or robbing people with intentional malice. It only seemed beneficial to him to shed a sob story when he had time over his head and getting caught. Other than that; he didn’t seem to be sympathetic to the fact he took someone’s life that didn’t bother anyone. I have, however, let go of the resentment and anger I had and allowed justice to be served. I am at peace that he is serving time for the crime he has committed without forgiving him.

With that being said, forgiveness is solely up to the person. In my opinion, forgiving and letting go are two different things.  I have had people come back and ask for forgiveness and I did because they truly meant it from the bottom of their heart, and they grew up.  I have also had people continuously ask for forgiveness and never stop doing wrong; therefore forgiveness becomes obsolete. The only choice was to let go and move on without forgiving them. I realized I do not have to forgive someone who has continuously done something purposely and so detrimental to me, my family, or anyone I am close to, that it cost them their life and dignity. I can, however, learn from it and take the steps to make peace within myself without hatred. To forgive or not to forgive is all up to you, as long as your heart, mind, character, integrity, and spirit remains pure without hatred, and it doesn’t cost you sleepless nights, anxiety, and stressful days. 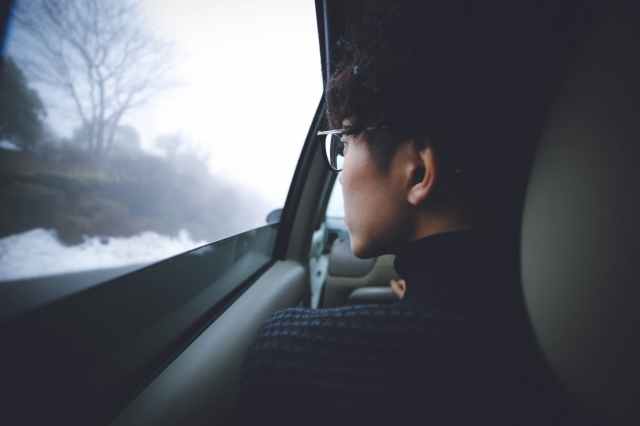